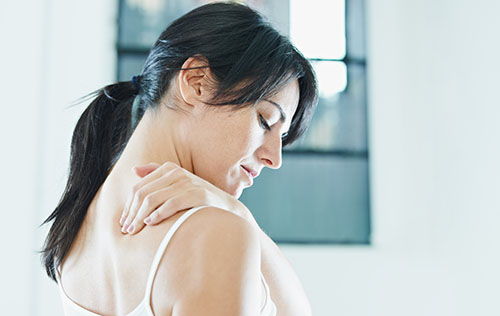 One of the most common reasons many people come for chiropractic treatment is for treatment for fibromyalgia but what exactly is fibromyalgia and what are the most common symptoms. Over my twenty years of practice experience I have encountered many patients suffering from this common but relatively mysterious condition.

The majority of them had no idea about the cause or the actual disease. This disease causes symptoms in the body such as constant achiness, fatigue and soreness which can negatively effect a person’s well being.

Let me give you the basics of the condition, common symptoms and an understanding of how chiropractic can help you overcome the disease and stay healthy.

Fibromyalgia is a disease of the central nervous system and has to due with abnormal response and processing of normal stimuli in the body. An affected person has abnormally greater response to normal low painful stimuli which triggers pain perceptions in the body primarily within the large muscles of the body. Also associated to the condition are other symptoms such as insomnia, delayed memory, restless leg, anxiety, stress, depression.

It has been found that patients with fibromyalgia have decreased serotonin functioning within the nervous system. Serotonin is one of the neurotransmitters in the brain responsible for positive feelings such as happiness. Decreased functioning of this system in the brain and nervous system is associated with increased pain perception, lethargy, fatigue and generalized malaise.

The good news is that while it can be debilitating because it affects many different areas of a person’s life, it is not a fatal disease. Also Fibromyalgia is treatable through a variety of methods however there is no magic bullet even with medications as they have limited benefit and no true cure. My best suggestion is through lifestyle management utilizing diet, exercise and natural alternative methods such as chiropractic.

Healthy lifestyle can decrease many disease symptoms and it includes adequate regular sleep, avoidance of alcohol and smoking, healthy social relationships, healthy diet rich in fruits and vegetables and also includes regular daily exercise which has been shown to improve the serotonin pathways within the brain. Also for treatment for pain, Chiropractic is one of the top choices.

Chiropractic is a health care system based around the care of the central nervous system and the spine. Doctor’s of Chiropractic treat pain in the body and care for the health of the spine increasing flexibility, improving spinal joint functioning and decreasing inflammation and pain in muscles. Fibromyagia is a common condition seen in the chiropractic office and most patients enjoy chiropractic therapy and treatment.

Facts about FIBROMYALGIA - Disease of the central nervous system

If you are experiencing symptoms such as fibromyalgia, we can help you with treatment including chiropractic, diet and exercise. Please call us today.